6 Benefits of Reishi Mushroom (Ganoderma)
The reishi mushroom, also known as Ganoderma lucidum and lingzhi, is a fungus that grows in various hot and humid locations in Asia

Eastern medicine makes use of many different plants and fungi. Interestingly, the reishi mushroom is particularly popular.

It has a variety of potential health benefits, including boosting the immune system and fighting cancer. However, its safety has recently come into question.

This article will tell you what you need to know about the potential benefits and risks of reishi mushroom.

What Is the Reishi Mushroom?

The reishi mushroom, also known as Ganoderma lucidum and lingzhi, is a fungus that grows in various hot and humid locations in Asia.

For many years, this fungus has been a staple in Eastern medicine.

Within the mushroom, there are several molecules, including triterpenoids, polysaccharides and peptidoglycans, that may be responsible for its health effects.

While the mushrooms themselves can be eaten fresh, it is also common to use powdered forms of the mushroom or extracts that contain these specific molecules.

These different forms have been tested in cell, animal and human studies.

Below are 6 scientifically studied benefits of the reishi mushroom. The first three are backed by stronger evidence, while support for the others is less conclusive.

One of the most important effects of the reishi mushroom is that it can boost your immune system.

While some details are still uncertain, test-tube studies have shown that reishi can affect the genes in white blood cells, which are critical parts of your immune system.

What’s more, these studies have found that some forms of reishi may alter inflammation pathways in white blood cells.

Research in cancer patients has shown that some of the molecules found in the mushroom can increase the activity of a type of white blood cell called natural killer cells.

Natural killer cells fight infections and cancer in the body.

Another study found that reishi can increase the number of other white blood cells (lymphocytes) in those with colorectal cancer.

Although most immune system benefits of reishi mushroom have been seen in those who are ill, some evidence has shown that it can help healthy people, too.

In one study, the fungus improved lymphocyte function, which helps fight infections and cancer, in athletes exposed to stressful conditions.

However, other research in healthy adults showed no improvement in immune function or inflammation after 4 weeks of taking reishi extract.

Overall, it is clear that reishi impacts white blood cells and immune function. More research is needed to determine the extent of the benefits in the healthy and ill.

SUMMARY Reishi mushroom can enhance immune function through its effects on white blood cells, which help fight infection and cancer. This may occur primarily in those who are ill, as mixed results have been seen in those who are healthy.

Many people consume this fungus due to its potential cancer-fighting properties.

In fact, one study of over 4,000 breast cancer survivors found that around 59% consumed reishi mushroom.

Additionally, several test-tube studies have shown that it can lead to the death of cancer cells.

Yet the results of these studies do not necessarily equate to effectiveness in animals or humans.

Some research has investigated if reishi could be beneficial for prostate cancer due to its effects on the hormone.

While one case study showed that molecules found in this mushroom may reverse prostate cancer in humans, a larger follow-up study did not support these findings.

Reishi mushroom has also been studied for its role in preventing or fighting colorectal cancer.

Some research showed that one year of treatment with reishi decreased the number and size of tumors in the large intestine.

These benefits included increasing the activity of the body’s white blood cells, which help fight cancer, and improving quality of life in cancer patients.

However, researchers state that reishi should be administered in combination with traditional treatment rather than replacing it.

What’s more, many of the studies of reishi mushroom and cancer were not high-quality. Because of this, much more research is needed.

SUMMARY Although reishi mushroom appears to hold some promise for cancer prevention or treatment, more information is needed before it becomes part of standard therapy. However, it may be appropriate to use in addition to normal care in some cases.

Find out how to boost your immune response

3. Could Fight Fatigue and Depression

Reishi’s effects on the immune system are often most emphasized, but it has other potential advantages as well.

These include reduced fatigue and depression, as well as improved quality of life.

One study examined its effects in 132 people with neurasthenia, a poorly defined condition associated with aches, pains, dizziness, headaches and irritability.

The researchers found that fatigue was reduced and well-being was improved after 8 weeks of taking the supplements.

Another study found that fatigue was reduced and quality of life was improved after 4 weeks of taking reishi powder in a group of 48 breast cancer survivors.

What’s more, the people in the study also experienced less anxiety and depression.

While reishi mushroom may hold promise for people with certain diseases or illnesses, it is not clear if it would benefit those who are otherwise healthy.

SUMMARY Some preliminary studies have shown that reishi mushroom could decrease anxiety and depression as well as improve quality of life in those with certain medical conditions.

In addition to its effects on the immune system and quality of life, reishi mushroom has been studied for its potential to improve other aspects of health.

However, other research in healthy adults showed no improvement in these heart disease risk factors.

Moreover, a large analysis demonstrated no beneficial effects for heart health after examining five different studies containing around 400 people. The researchers found that consuming reishi mushroom for up to 16 weeks did not improve cholesterol.

Overall, more research is needed in regard to reishi mushrooms and heart health.

Several studies have indicated that molecules found in the reishi mushroom can decrease blood sugar in animals.

However, the majority of research has not supported this benefit. After evaluating hundreds of participants, researchers found no benefits for fasting blood sugar.

Mixed results were seen for blood sugar after meals. In some cases, reishi mushroom lowered blood sugar, but in other cases, it was worse than a placebo.

Antioxidants are molecules that can help prevent damage to your cells.

Because of this important function, there is substantial interest in foods and supplements that can enhance antioxidant status in the body.

Many claim that reishi mushroom is effective for this purpose.

However, several studies have found no change in the levels of two important antioxidant enzymes in the blood after consuming the fungus for 4 to 12 weeks. 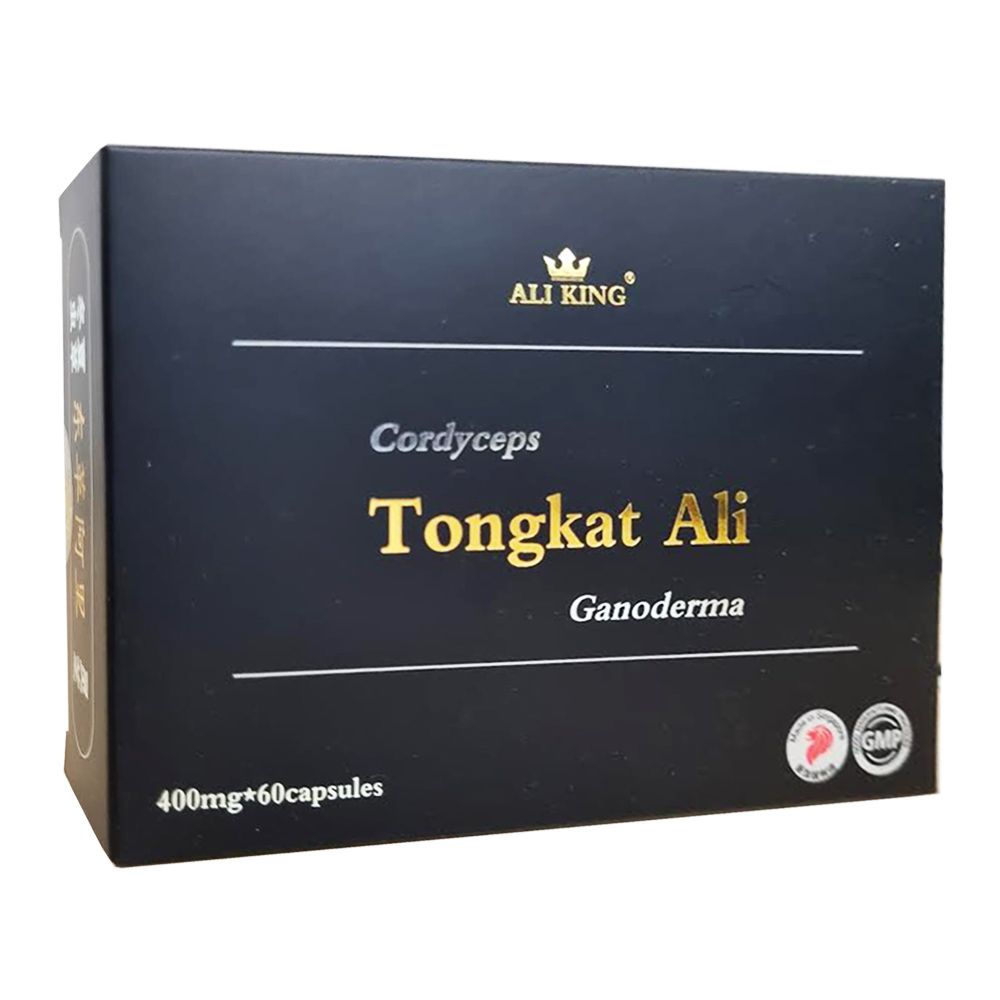 Cordyceps provides an extra boost of energy and reduces fatigue. Cordyceps tonifies the kidneys and strengthen essence and "qi”. Cordyceps also supports the respiratory system and has been shown to enhance body’s health.
Tongkat Ali (Eurycoma longifolia) is a tall, slender evergreen shrub/tree commonly found in Southeast Asia. The root and bark of the Eurycoma longifolia are commonly used to make supplements like tongkat ali. The root contains several chemicals that are known to help your body attain hormonal balance.
Ganoderma  has been used by Traditional Chinese Medicine (TCM) practitioners to nourish the ‘three treasures’ – jing (essence), qi (vital energy), and shen (spirit). The specific applications and attributed health benefits of lingzhi include control of blood glucose levels, modulation of the immune system, hepatoprotection, bacteriostasis, and more.
in Tongkat Ali
Does Penis Size Matter or Stamina?
Size and Stamina can't make a woman orgasm everytime..